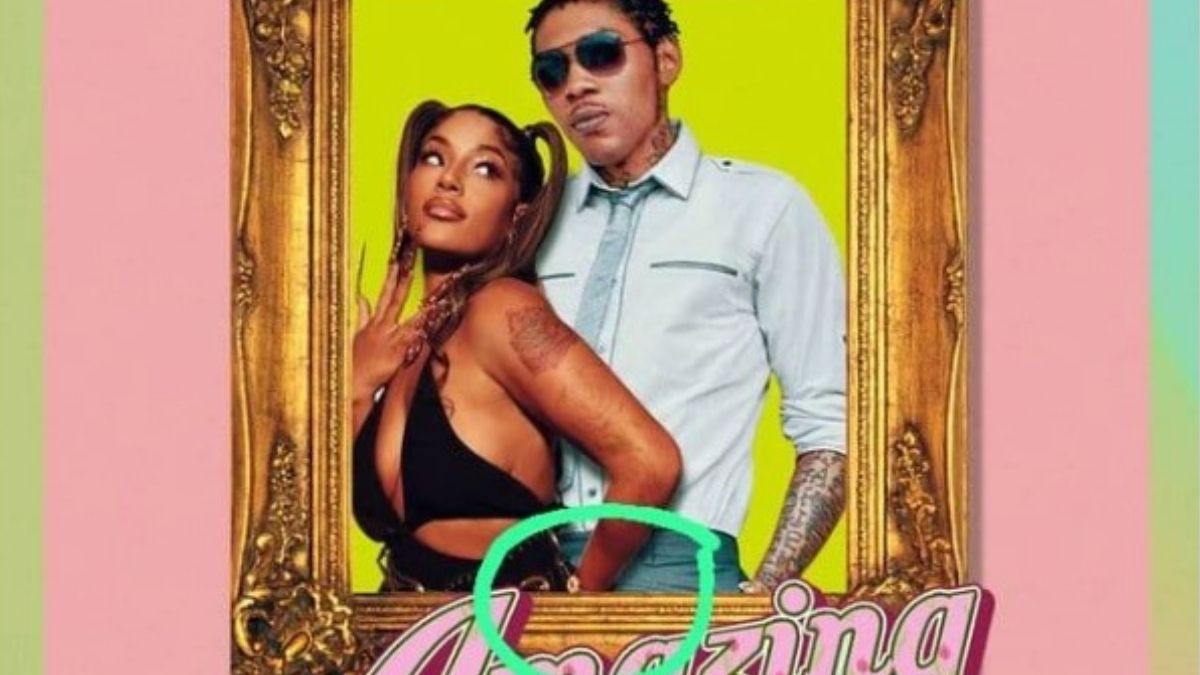 Dancehall artiste Vybz Kartel is showing off his sense of humour in a promotional post for his latest single, Amazing, which features Stefflon Don. In an Instagram post on Tuesday, Vybz Kartel joked about how the female rapper’s hand feels on his body parts.

The deejay’s naughty joke was done while promoting the collaboration that focuses on him pursuing her as she teases about all that she has to offer. On the cover art, the female rapper braces against him, and one of her hands is slightly obscured. From what is visible in the image, it seems as if Stefflon’s hand is on his private parts, and Kartel circled the area to direct all attention to the intimate moment.

“@stefflondon ‘s Hand is on my Balls and it feels #amazing GO WATCH NOW ON VYBZKARTELVEVO!!!! #vybzkartel @dunw3ll,” he said in the caption. Fans have reacted to the post with dozens of laughing emojis and comments praising Kartel’s playboy lifestyle. Despite the lack of physical contact with women as before, the incarcerated deejay’s playboy lifestyle seems to have not been affected.