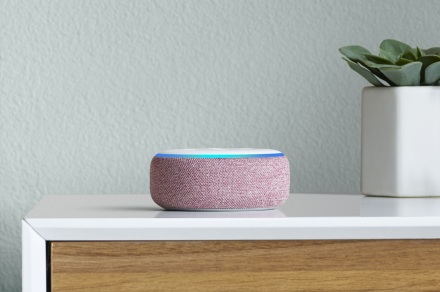 Early Prime Day deals have begun so now is the time to buy up some cool Amazon technology like an Amazon Echo or Fire TV, right? Well, not exactly. It’s a bit more complicated than that, and we’re here to explain why.

Prime Day itself isn’t until July 12 and July 13, but as is often the way, Amazon has kicked things off a little early with some early Prime Day deals. It’s all in a bid to get you in the shopping mood and to make sure that Amazon stays on your radar ahead of the main event.

In some cases, it’s definitely worth paying attention to. For instance, Amazon already has some great deals on cheap Fire TVs. However, not every deal is worth paying attention to. As an example, right now, there are some modest discounts on the Amazon Fire TV Stick range as well as the Fire TV Cube. However, while these discounts may be around 20% to 25% off the usual price, that’s not actually the lowest we’ve seen these products get.

Instead, we’ve seen items like the Fire TV Stick get even cheaper, such as during Black Friday where its price dropped to $20. While with these smaller items the added discount may only be a few bucks, those few bucks add up fast. Of course, such incremental discounts get even more substantial when you’re buying something like the Amazon Echo or the Amazon Echo Show, which costs more at all times than the cheaper Echo Dot.

So what should you do? Wait. While you may save a little with these tempting teaser deals on Amazon products, Prime Day is only a few weeks away. If you hold out, you can save even more. It’s unlikely you need a new Echo unit so urgently that you can’t wait, right?

We’re confident that when Prime Day comes around, all Amazon devices like anything Echo or Fire TV related will be cut in price even more than they are right now. Every cent counts, so it’s logical to hold off a bit longer.

The convenient thing here is that Amazon rarely runs out of stock on its own products. That means you won’t have to worry about a backorder and having to wait a long time to receive your purchase. Instead, by waiting until Prime Day, you’ll still get your…