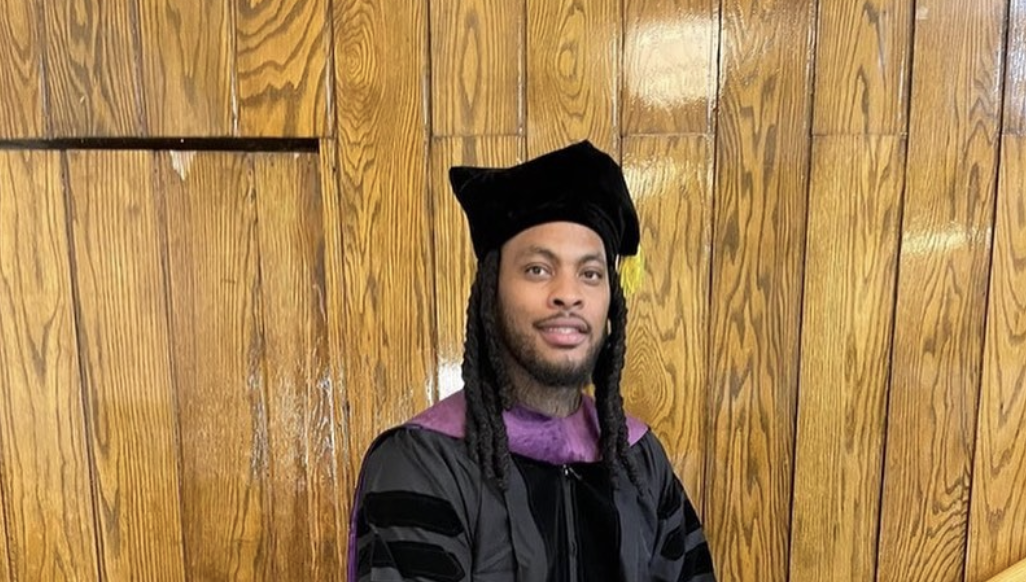 Rapper Juaquin “Waka Flocka” Malphurs is a new recipient of an honorary professor degree in humanitarianism and philanthropy from the Shekinah Glory Theological Seminary after graduating alongside famed civil rights leader Reverend Jesse Jackson at the Rainbow Push Coalition headquarters in Chicago.

The moment also marked the titular graduate’s 36th birthday. He celebrated the achievement in a series of posts on Instagram.

First reflecting on the last decade of his life, the Atlanta native shared, “I remember at 26 I made a promise to God to stop taking xpills, stop drinking lean and start cleaning out my heart 10 yrs later I’m 36 with degrees, a daughter, financially free, and a lot of people that look up to me shawty I’m beyond grateful….”

The “Round of Applause” rapper noted, “I been preparing my whole life for what’s about to happen,” adding, “THANK YOU FATHER GOD.”

Upon his graduation, Waka paid tribute to his late siblings Rahleek Malphurs and aspiring rap star Kayo Redd, who died on Dec. 29, 2013, of what appeared to be a self-inflicted gunshot wound. He would have turned 36 on Wednesday, June 1.

“I wish I had the opportunity to show my little brothers more but it’s never to late,” the former reality star wrote before calling out his brothers in the hashtags. The comment section was filled with congratulatory comments from fans and peers, including one user who quipped, “You make our hood look good bruh.”

“I am very proud of you friend. Definitely happy bday to lil kayo rest easy,” wrote another person.

Aforementioned, Rev. Jackson was also honored. The 80-year-old political activist told TMZ, “Today, I was overjoyed, humbled and glad to be honored by a community-based seminary whom we have worked with down through the years and know what we do.”

Jackson also expressed joy in sharing the honor with the “No Hands” rapper, adding, “I was also pleased to be honored with Waka Flocka. His entrepreneurial abilities are beyond his…