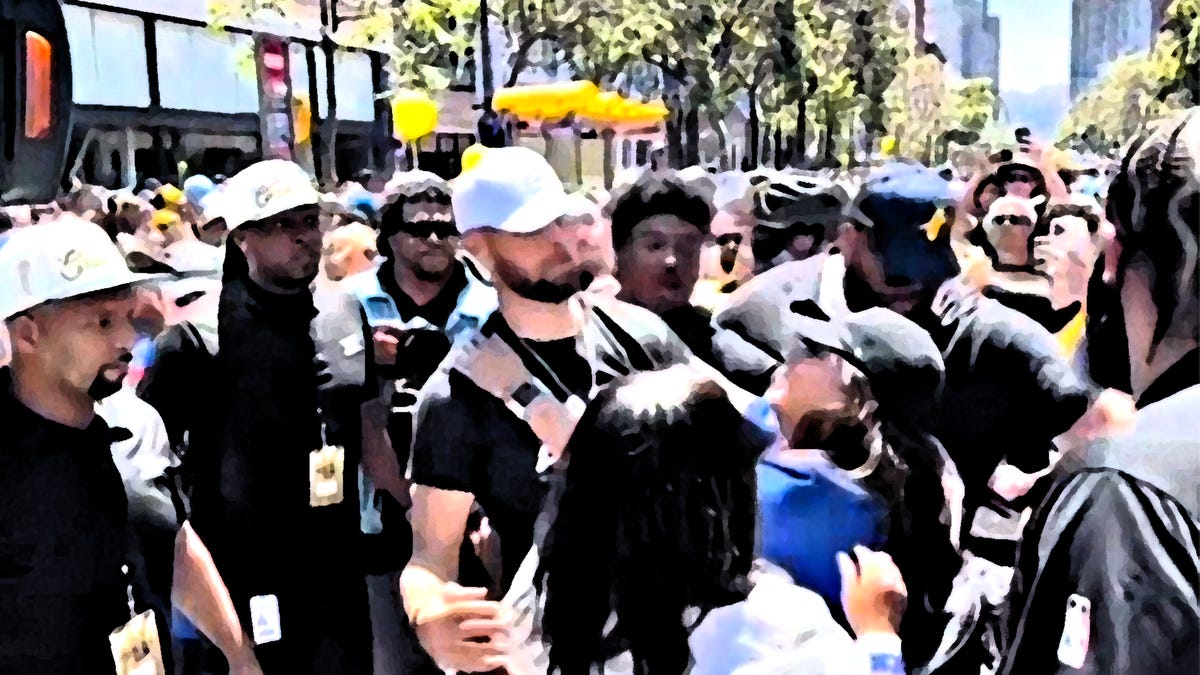 Things got a little wild during Tuesday’s Golden State Warriors championship parade ceremony. Any team that wins a championship can bet on fans losing their minds alongside the athletes who won the title on the court. One young lady decided to seize her opportunity upon meeting Stephen Curry face to face and wasted no time going in for a kiss.

Curry immediately realized she wasn’t just moving in for a hug and pulled back before security stepped in. This incident was seemingly harmless, but the lack of respect for personal boundaries is alarming. The act isn’t what I’m surprised at, as we’ve seen fans try to do whatever they can to get close to their favorite athletes and entertainers for decades.

No, I’m considering the age we live in with COVID still floating around. I understand the excitement around the event, but this is too much. Fans already feel entitled in arenas to say whatever they want to players on the court. Then we have this type of incident where someone tramples over another person’s boundaries for their own gain. This is long past ridiculous.

Obviously, a hug wasn’t good enough here. We usually talk about boundaries between fans and players following some type of hostile act like fans yelling vulgar remarks or throwing items. While this incident with Curry could be viewed as playful, it was still a major invasion of personal space. How some people have such little self-awareness even now after the past two years is mind-boggling.

Discover Samsung Summer Sales Event
The Smart TV utilizes a feature called Real Depth Enhancer which can increase the contrast of elements in the foreground the way the human eye processes depth, making the content you watch richer than ever before.

I’m not trying to be Mr. No Fun Guy, but come on, we’re just talking common sense. Let’s at least try to be sensible, folks. Sure, nothing crazy happened, but what if this had been someone that wanted to cause Curry harm, and they got that close. Seems a little out…