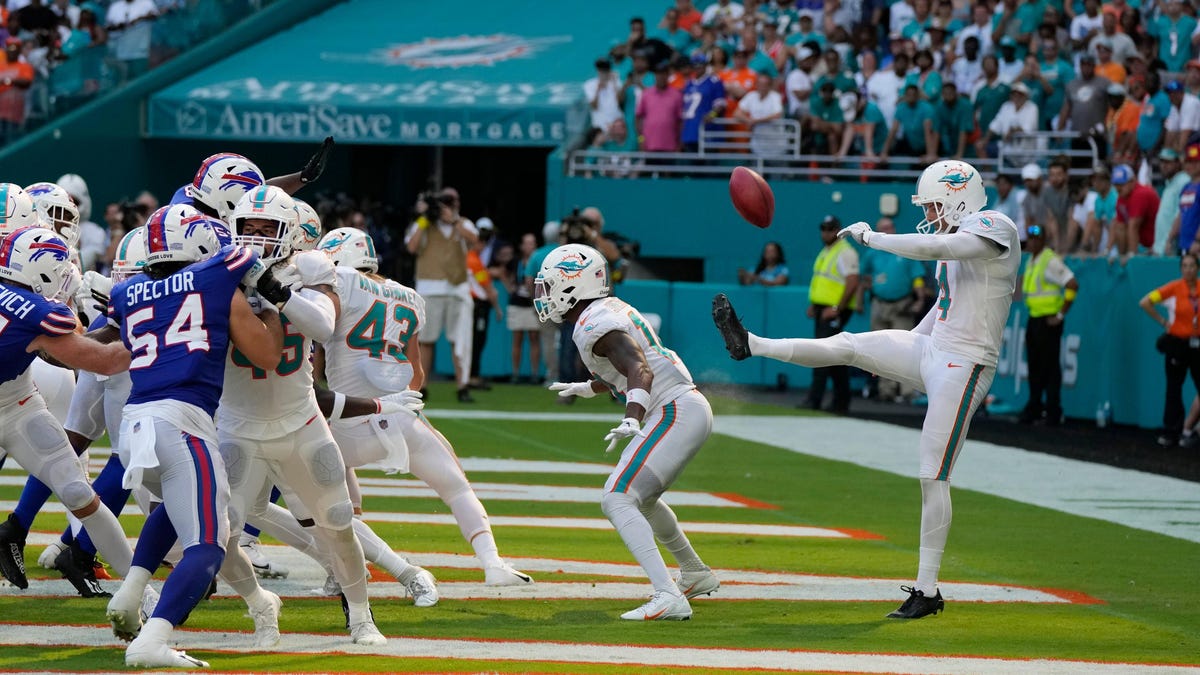 Was the Miami Dolphins’ butt block the greatest NFL play since the Butt Fumble?

This image doesn’t even do it justice.Image: AP

From the division that brought us the Butt Fumble came a worthwhile sequel from the Miami Dolphins in the wild, final minutes of their 21-19 win over the Buffalo Bills. Josh Allen threw 63 passes, which is an absurd amount for such a low-scoring affair. Butt his efforts were the subplot to the gridiron hijinks that included a Dolphins Butt Block and Isaiah McKenzie’s short-circuited preventing him from getting out of bounds on the final play of regulation.

The chaotic final minutes featured a litany of busted plays, but none quite like the Butt Block. After Tua Tagovailoa inexplicably attempted a pass from their own 1-yard-line instead of gaining a yard or two on the ground and drawing another 40 seconds off the clock, the Dolphins put their punter Thomas Morstead between a rock and hard place. With the sideline inches away, and the Bills punt block unit bearing down on him, Morstead appeared to shank the punt backward into a safety for the Bills. The two points awarded to Buffalo also meant that despite having zero timeouts remaining, they’d be in position for a win if they reached field goal range. However, upon further review, it became apparent that Morstead’s punt actually bounced off the cheeks of Morstead’s personal protector.

After the Butt Block, the Bills’ offense found themselves in a position to snatch victory from the jaws of defeat. Allen advanced the ball to the Dolphins’ 43-yard line, however, a holding call on David Quessenberry with 18-seconds remaining pushed the Bills back to the…