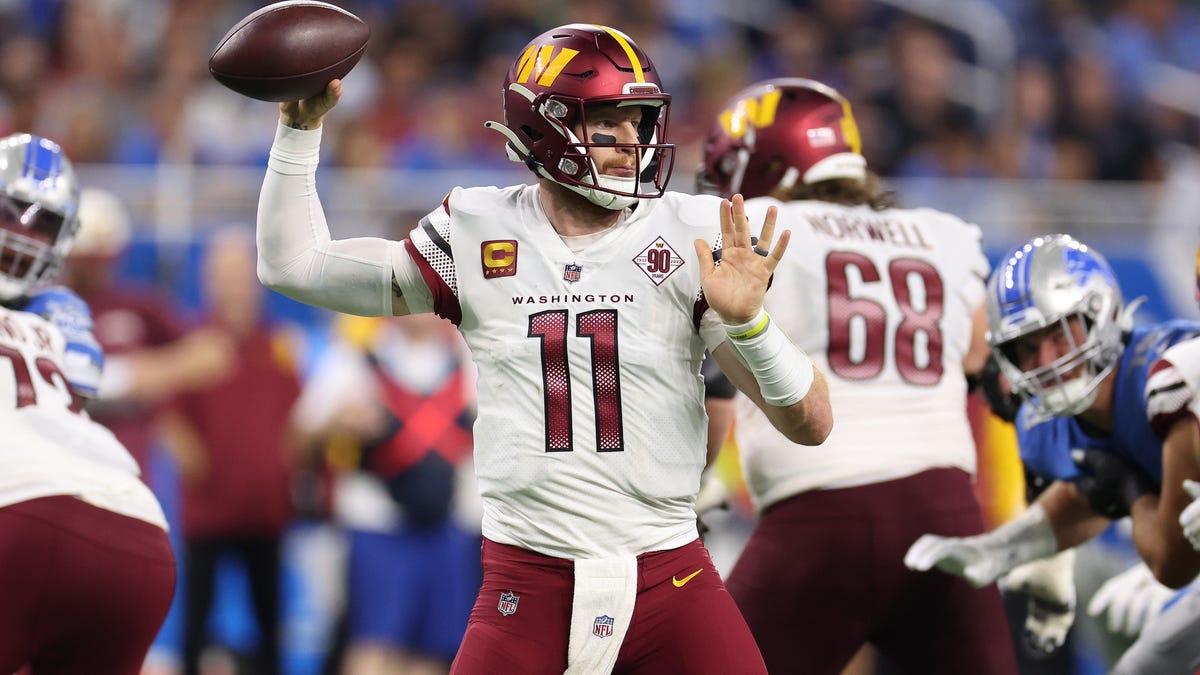 Thinking back to Wentz he came.Image: Getty Images

It’s funny sometimes how people don’t realize the error in their ways until it’s too late. Washington Commanders quarterback Carson Wentz is finally admitting that he could have done better during his time in Philadelphia. It wasn’t solely about what he did on the field but more about him as a teammate and person in the locker room.

“There are always things I look back on and [think], man, I could have been better here. I could have been better as a person, as a teammate. [There are] lots of things that you do take for granted,” he said. “And so I think I definitely thank God for the experiences I’ve had even though sometimes they’re dark or sometimes they’re not how I envisioned them to be. But I think it’s allowed me to grow as a person, and I’m thankful for that.”

Wentz joined his third team in three years in the offseason when he was traded from Indianapolis to Washington for multiple draft picks. The 29-year-old QB failed at his first two NFL stops in large part for the same reasons. And let’s not forget Wentz was part of the Eagles team that won their first Super Bowl in 2017 — though he was injured and didn’t play in the postseason — so, his first game against them this Sunday will be emotional.

But Wentz’s shortcomings have overshadowed any level of success he’s achieved. A lack of leadership skills and what’s been described as an abrasive personality are what mainly landed Wentz on the trade block in back-to-back offseasons. With the Eagles, it had been a long time coming once he was finally dealt following the 2020 campaign. Some of the same issues resurfaced during his time with the Colts.

Colts owner Jim Irsay had enough after one season and couldn’t wait to ship Wentz away. In the view of many, Carson is on his…