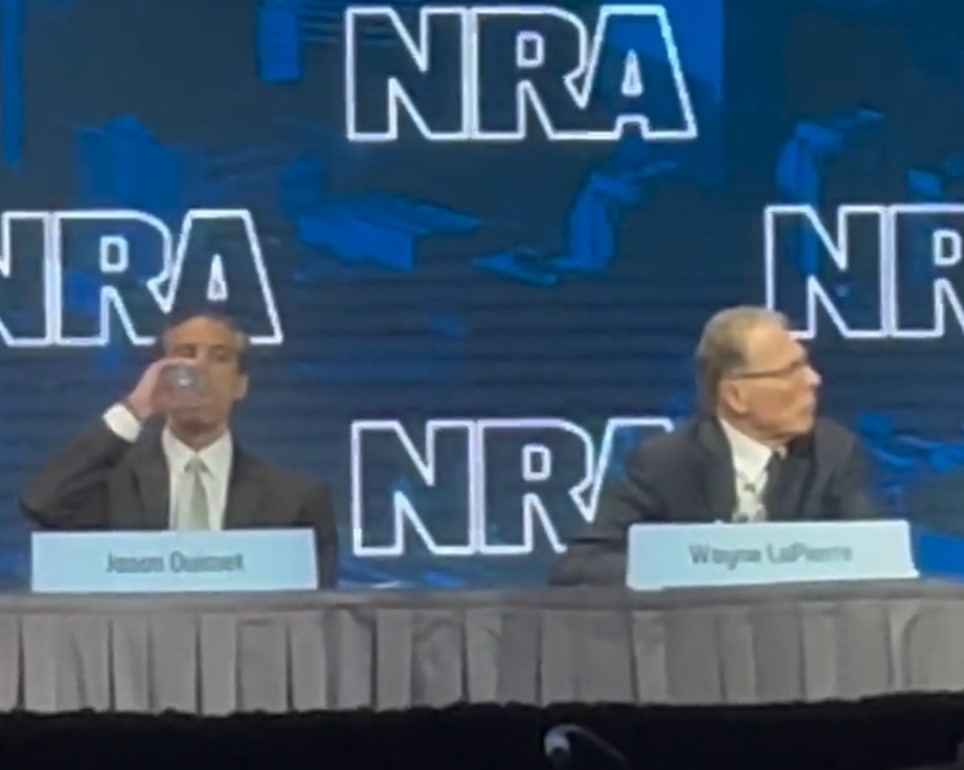 The comedy duo, The Good Liars, confronted Wayne LaPierre and thanked him for everything that he has done to prevent mass shootings with thoughts and prayers.

We spoke directly to Wayne LaPierre at the NRA Convention and thanked him for all his thoughts and prayers. pic.twitter.com/EfdDrgD4Af

Selvig goes on to tell the audience and LaPierre that they can make all of the mass shootings stop with the power of their thoughts and prayers.

It was great because LaPierre, the NRA board members on stage, and the audience looked and sounded confused. It was like they knew that nobody could possibly believe their thoughts and prayers BS to this degree, yet, he sounded sincere, and at the end of Selvig’s remarks, the confused audience applauded.

The obvious discomfort in the auditorium was from the NRA having to listen to someone praise and thank them for doing nothing but offering thoughts and prayers after mass shootings.

Rep, Adam Kinzinger (R-IL) called the NRA a grifting scam. The Good Liars showed how grifters react when they get pranked.