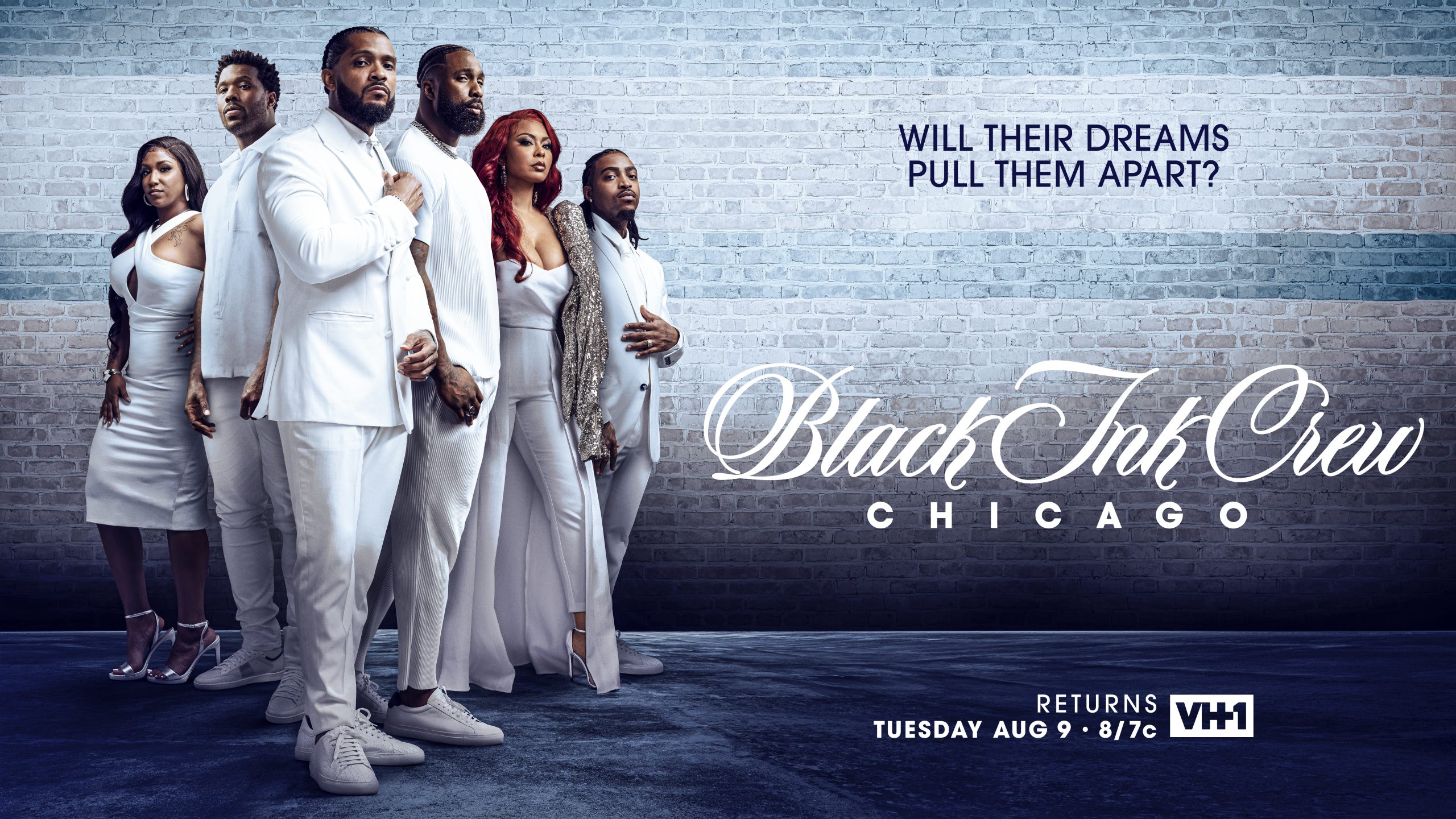 Hit series Black Ink Crew Chicago will return on Tuesday, August 9 at 8 PM ET/PT, according to a VH1 announcement. This season follows the cast as they usher in a new phase of the Chicago franchise and become accustomed to their new surroundings in an effort to achieve greater levels of success. The team is positioned and prepared for the next level and will either adjust or crumble under strain with an extended crew back in 9MAG’s hometown.

On Tuesday, August 2 at 9 PM ET/PT, catch the Black Ink Crew Chicago Watch Party. The Chicago cast will appear in the hour-long event for a lively and candid discussion of memorable show moments with a few special guests along the way.

This season, Ryan is pressing the reset button to break up old relationships and open up new possibilities. He is considering finding love once more after years of self-improvement. Ryan is concentrating on growing 9MAG and building his brand. He is, however, forced to make an impossible choice due to an unanticipated turn of events. Don has attained a new level of accomplishment. He will have to juggle his time-consuming business activities and his family obligations as his quest for fame and money progresses.

As a new father, Phor is dealing with the difficulties of co-parenting. He is considering his alternatives, working hard in the music industry and pursuing new business opportunities because he thinks his best chances of finding true love are still ahead of him. Miss Kitty is making the most of her time in Chicago by focusing more on her tattoo apprenticeship in the United States while also pursuing a project in London.

After helping the Chi-town squad win the Tri-City Tattoo Battle, Draya is debating moving away from Chicago or joining 9MAG, under Ryan’s direction. She learns that she might be a sister since she is constantly looking for a place to belong, and this discovery sends her on a quest to locate a family she was unaware she had. Prince is transferring his skills from 2nd City Ink to 9MAG and putting a lot of effort into making…