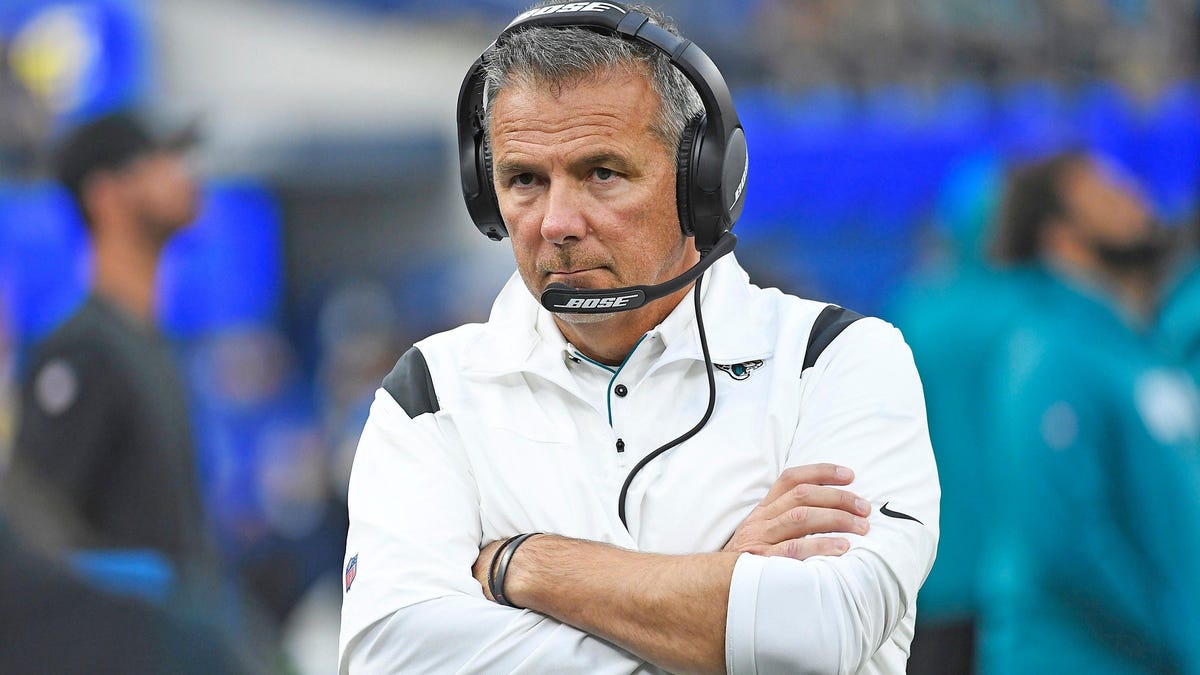 What is Urban Meyer’s first ‘Big Noon Kickoff’ going to look like?

No one asked for the return of talking head Urban Meyer.Image: Getty Images

Taking part in the age-old tradition of terrible football coaches landing on their feet, disgraced former Jacksonville Jaguars coach Urban Meyer is back on Fox’s Big Noon Kickoff show about eight months after a tenure that had pundits saying he should never coach or work in TV again. He was a part of the show during the 2019 and 2020 seasons after retiring from Ohio State, apparently for health issues.

Big Noon Kickoff and Big Noon Saturday will defy their founding principles and have a Thursday show in West Lafayette, Indiana for a game between Purdue and Penn State. This is when Meyer will presumably make his first TV appearance since being fired by the Jaguars.

In case you forgot the culture change that Meyer brought to Jacksonville in just 13 games, he hired a strength coach who was fired from his last job for allegations of racism, stayed in Ohio after a loss while the team flew home so he could go to his restaurant in Columbus and cozy up to a woman who was notably not his wife, called his assistant coaches losers, alienated players, said one player was getting more playing time on defense after a game in which they didn’t play a snap other than special teams, and allegedly kicked a kicker. All en route to a 2-11 record.

So I guess the big question about his first broadcast back is, they can’t just pretend like that didn’t happen, can they? I’m sure they’ll try to, but they can’t just completely ignore the elephant in the room, right? Surely they can’t just be like, “Oh, hey Urban! Didn’t see you there. Welcome back. Well anyway…”

Big Noon Kickoff is a show that’s never been scared of asking the important questions. Questions like, “What if College Gameday had all the fun taken out of it, but had a bigger desk?” This is besides the point, but look at FS1’s programming. Pretty much every show is the format of an ESPN show, just with a bigger desk.

Is Urban himself going to acknowledge his wrongdoings? Doubt it. After being fired, he blamed having the worst coaching tenure in…