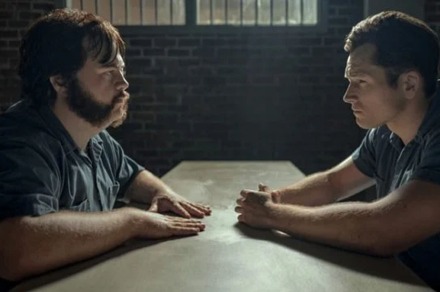 Apple TV+ has quickly risen through the ranks of the streaming marketplace. Once the boutique outlet for only a handful of movies and shows, the $6-per-month platform is now home to a bountiful supply of cinematic and episodic content, featuring A-list talents from the director’s chair to the stars on-screen. Best of all, the streamer shows no signs of stopping.

Every few weeks, we take an in-depth look at all of the latest and greatest titles on Apple TV+ and put all of our favorite findings in this collection. So if you don’t have the time to pick a new Apple movie or show, we’ll help you make your choice. Thus, without further ado, here is what’s new on Apple TV+ this month.

Our top picks for July

Everything new on Apple TV+ in July

Our top picks from June

Looking ahead on Apple TV+

There are a handful of movies and shows coming soon to Apple TV+.

Look forward to Christmas 2022, as Will Ferrell and Ryan Reynolds star in Spirited, a musical rendition of the Charles Dickens classic A Christmas Carol. Co-written and directed by Sean Anders and developed by Maximum Effort and Gloria Sanchez Productions, we’re eager to see these comedic talents at the helm of a holiday fable as old as the caroling tradition itself.

Then there’s Killers of the Flower Moon (release date TBA), a Martin Scorsese adaptation that has long been in the works. Starring Leonardo DiCaprio and Robert De Niro in leading roles, the film follows a series of murders that were carried out against the members of a wealthy Oklahoman Native American tribe in the 1920s.