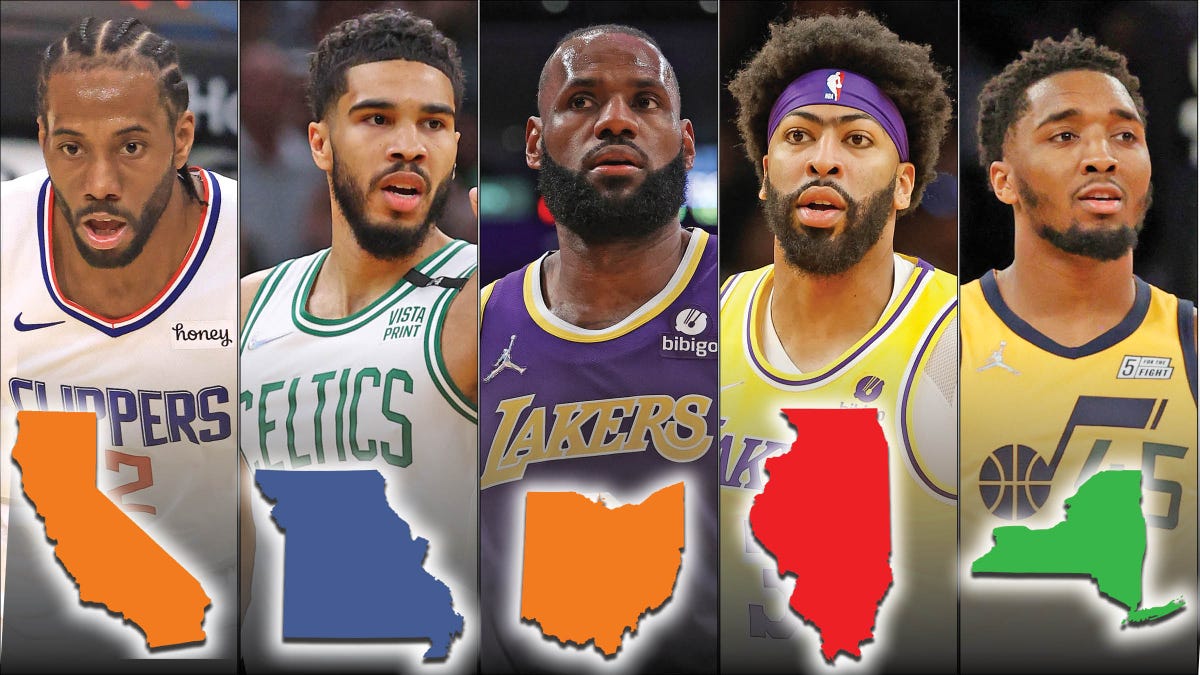 Which state can field the best starting 5?

Now that the Warriors have returned to glory post-Durant, NBA fans just survived one of the most unbearable periods of the NBA. One filled with superteams and razor-thin parity between the three to four coastal teams with stacked talent (Warriors, Lakers, Nets), and the rest of the small-market teams jockeying for lottery picks and No. 8 seeds. The NBA has finally returned to equality. At least 10 teams can be labeled contenders, and many are smaller-market franchises like Dallas, Denver, Atlanta, Memphis, and Minnesota.

Feels good, man. Maybe enough time has passed where we can play a game of “what if?” and wonder what the league would look like if teams were filled with players born in each team’s state. Would California still dominate? Or would Midwest Meccas, like Indiana, reign supreme? Of course, basketball talent comes from all over the country, making this “what if” game particularly interesting when looking at states where the NBA’s best talent is born.

Not every state has the homegrown NBA talent to qualify for this fun exercise. So we collected the states who can claim enough NBA talent to round out a starting five, plus a sixth man off the bench. We’ve broken the teams into four tiers, depending on each team’s combined talent. Since we’re divvying up these teams by the state players were born, international players are excluded. We defined this as the state where their momma delivered them, not their adopted home or where they grew up or played college ball. As the modern NBA becomes increasingly positionless, selected players can be of any position, as not every state has produced a quality NBA point guard or center. Teams can roll out two centers or four guards. It doesn’t matter, as long as the state can claim six players to rep their good name. So let’s get to it.