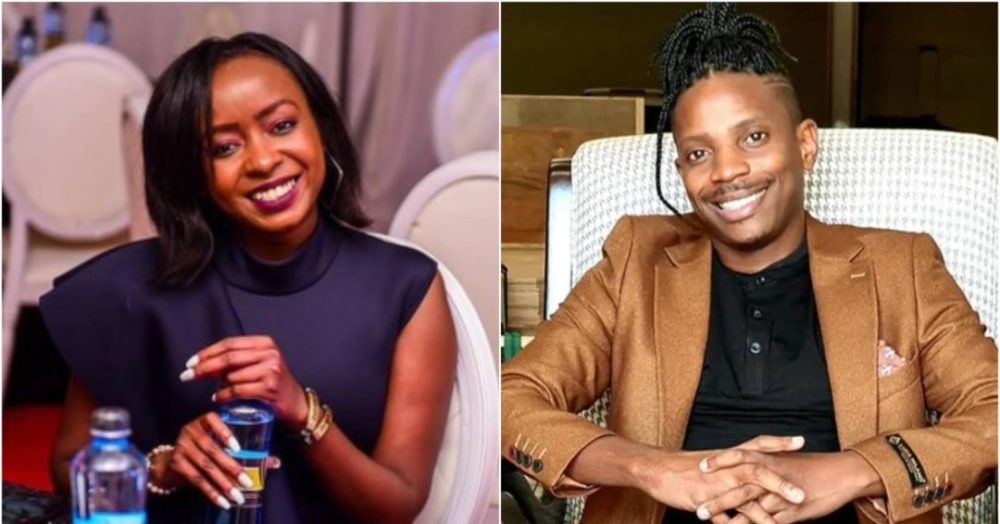 Former Citizen TV host Jacque Maribe has said she will never sue Eric Omondi for child support. She was responding to a fan who advised that the TV personality sues her famous baby daddy.

“She (Maribe) should start suing the kid’s father for money upkeep,” suggested the fan identified as harl_marcx.

“You want to be enjoined in the case? Why sue when you have your own money? Hizo ni vitu siwezi fanya.”

In 2021 Eric Omondi has requested a DNA test on his son with Maribe. This was after the comedian was accused of being a deadbeat dad.

Maribe said Eric doesn’t support his son and that he doesn’t pay his school fees. She also lectured him for not having the knowledge of where his son lives.

Well, taking to his Instagram page, the self-proclaimed President of comedy Eric shared his side of the story.

Eric narrated how he met Jacque in 2012, at Radio Africa Group, where they both worked.

The comedian revealed that after a staff party, they spent the night together and had a one-night stand.

Eric added that at the time, Maribe was dating a popular journalist, who was working at KTN by then.

Eric further said that after the baby was born, he demanded DNA, but Jacque refused and became angry about that.

“We used protection and after two Months Jacque told me she was pregnant! I immediately ask her how since we used Protection??? She then tells me ‘it doesn’t matter the mother always knows who the father is and that I am the father’.

During the entire pregnancy, nothing happened and we barely saw each other.

Roughly 4 months after the baby was born Jacque called me and asked me if I would help or be part of the baby’s life,” he said.

“I asked her for a DNA test so that I could comfortably be part of the baby’s life and support him fully. She got very offended and refused my request. For seven years I have begged Jacque to allow us to have a DNA test and she has refused.