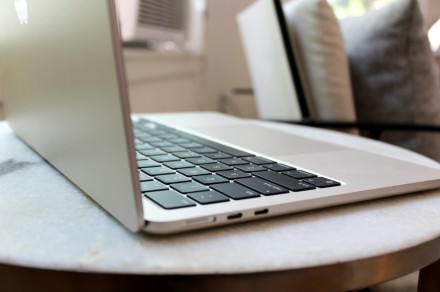 Apple’s latest MacBook Air with the new M2 chip has been controversial, to say the least. The new MacBook Air features a refreshed design and is the successor to the M1, Apple’s new M2 system-on-a-chip.

But since the new M2 MacBook Air dropped, tech reviewers, experts, and regular people are saying you should avoid the base configuration of this new machine due to some pretty substantial performance issues. For a more affordable laptop, this is a frustrating bind that potential MacBook Air buyers are being put in.

For starters, the $1,199 base configuration has an eight-core GPU, while the upgraded version has a full 10-core GPU. This isn’t what Apple told us at WWDC when it showed off the new Air. Apple promised an 18% increase in graphical performance over the M1. What the company didn’t say, however, was the model it showed off was the more expensive upgraded M2 MacBook Air, which retails for $1,499. The model with an eight-core GPU will have a much smaller performance advantage compared to the seven-core M1 MacBook Air.

Then there’s the issue of the slow SSD. The base model comes with a measly 256GB of SSD storage, which itself is an insult to consumers for nearly $1,200. But the problem is bigger than storage space.

The SSD features a single NAND chip instead of two, as is the norm. This is reportedly producing far slower read/write speeds than the 512GB model. In fact, the base model M2 MacBook Air’s storage is a whopping 50% slower than 2020’s M1 MacBook Air, which featured two flash chips.

Just look at these benchmarks posted by YouTuber Max Tech:

But wait, it gets worse. The combination of the slow SSD and the 8GB of shared memory actually bottleneck performance so hard that according to Max Tech, there can even be tasks such as file transfers in which it’s even slower than the M1 MacBook Air, which doesn’t have this same deficiency. Yikes. The issue was first discovered in the M2 MacBook Pro 13-inch, but they apply just the same to the MacBook Air.

This wasn’t something we were able to…