BREAKING NEWS
GMT-4 07:00
Home Technology Why you should buy physical copies of games this Prime Day 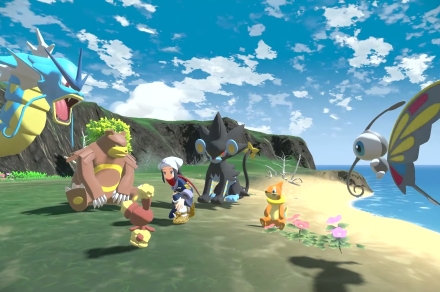 Why you should buy physical copies of games this Prime Day

With Prime Day deals in full swing, you’re going to see a lot of deals for video games floating around over the next few days. If you’re the kind of person who has an all-digital media library, you’ll have to decide if the price cuts are worth the annoyance that comes with having a bunch of plastic cases taking up space in your home.

While physical media might seem obsolete in 2022, this week serves as a reminder that you don’t own any of your games unless you can hold them in your hand. And you should take advantage of that while you still can.

There’s been a growing tension in the gaming world for well over a decade surrounding the rise of digital marketplaces. More and more, gamers are trading in their tangible game discs for the convenience of owning their library digitally. Advocates for physical media have warned that such a move creates a murky ownership problem, fearing that any digitally purchased game could just up and vanish one day.

That’s always been a boogeyman story, but we saw the reality of it this week. Over the weekend, Assassin’s Creed Liberation HD was delisted from Steam at Ubisoft’s request. What’s notable about that, however, is Ubisoft said that even owners of the game wouldn’t be able to access it come September, before clarifying later that wouldn’t be the case after all. It’s an especially bizarre move considering that the game is a single-player adventure, not an online multiplayer game that’s dependent on servers and an active player base.

It’s an unusual case, but one that should serve as a bit of a wake up call. Whenever you buy a game from Steam, you’re essentially renting it. At any point, a publisher like Ubisoft can revoke your access to that game, and there’s nothing you can do about it. It’s not a scary campfire story; it’s an unfortunate reality that players are facing right now.

The tradeoff of physical media has always been ownership over convenience. Do you love Elden Ring and figure you’ll revisit it every few years? Actually buying a PlayStation or Xbox copy of the game will ensure that you can do that anytime, so long as…