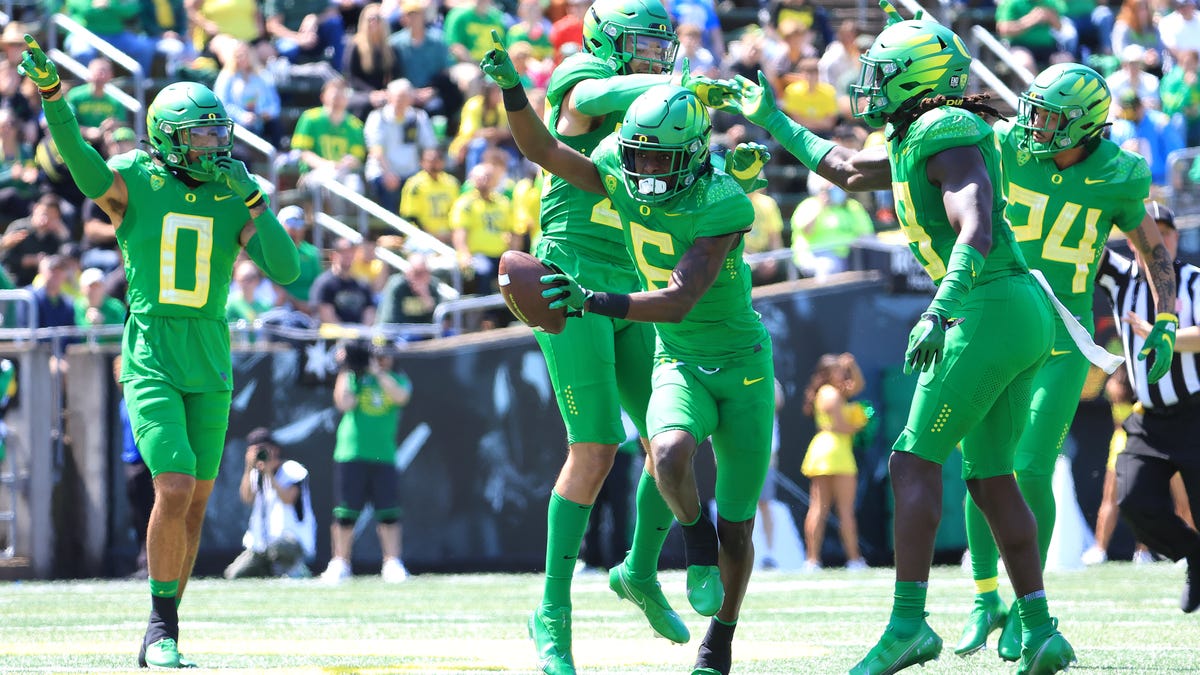 Oregon could be the next school to head for the Big Ten’s greener pastures.Photo: Getty Images

As much of a jaw-dropping, world-stopping shock the UCLA/USC-Big Ten move was, I sort of miss the time before last week when we weren’t constantly waiting with bated breath to hear which school would move to which conference next. It all moves so much slower when you know it’s coming. So while we await the next move in this nationwide chess match, let’s look at what might be coming next for the NCAA.

The Pac-12 is extremely precarious at the moment — the conference, at least, if not the schools within the conference. As we race toward a two-conference conclusion, Phil Knight reportedly wants Oregon to join USC and UCLA in the Big Ten, which would expand the conference to the Pacific Northwest and, without the addition of Washington or Oregon State, would put the Ducks on an island without a conference opponent within 800 miles of Eugene.

Oregon’s governor may force Oregon to tie itself to Oregon State in any move they make (but Moooom, he can never keep up with us!), which could throw a wrench into any deals they’re looking at. Meanwhile, the conference powers that be in the Pac-12 have created a loose partnership with the ACC that sounds a whole lot like the old “Alliance,” and we all know how well that turned out.

Basically, they’re grasping at straws and trying to keep each other off their own backs as they look for an answer to the ever-growing Big Ten and SEC. The ACC and Pac-12 risk becoming second-tier conferences, somewhere between the Power 2 or 3 and the Group of 5, unless they figure something out quick.

However, on the school-by-school level, there are plenty of rumors that Arizona, Arizona State, Colorado, Oregon, Utah, and Washington are in talks with the Big 12, who are making a strong recruiting push just one week after instating a new commissioner. If these talks go through, the Big 12, with its recent additions, would form a third superconference that could legitimately compete with the Big Ten and the SEC, given its regional draw in recruiting and its major media markets with…