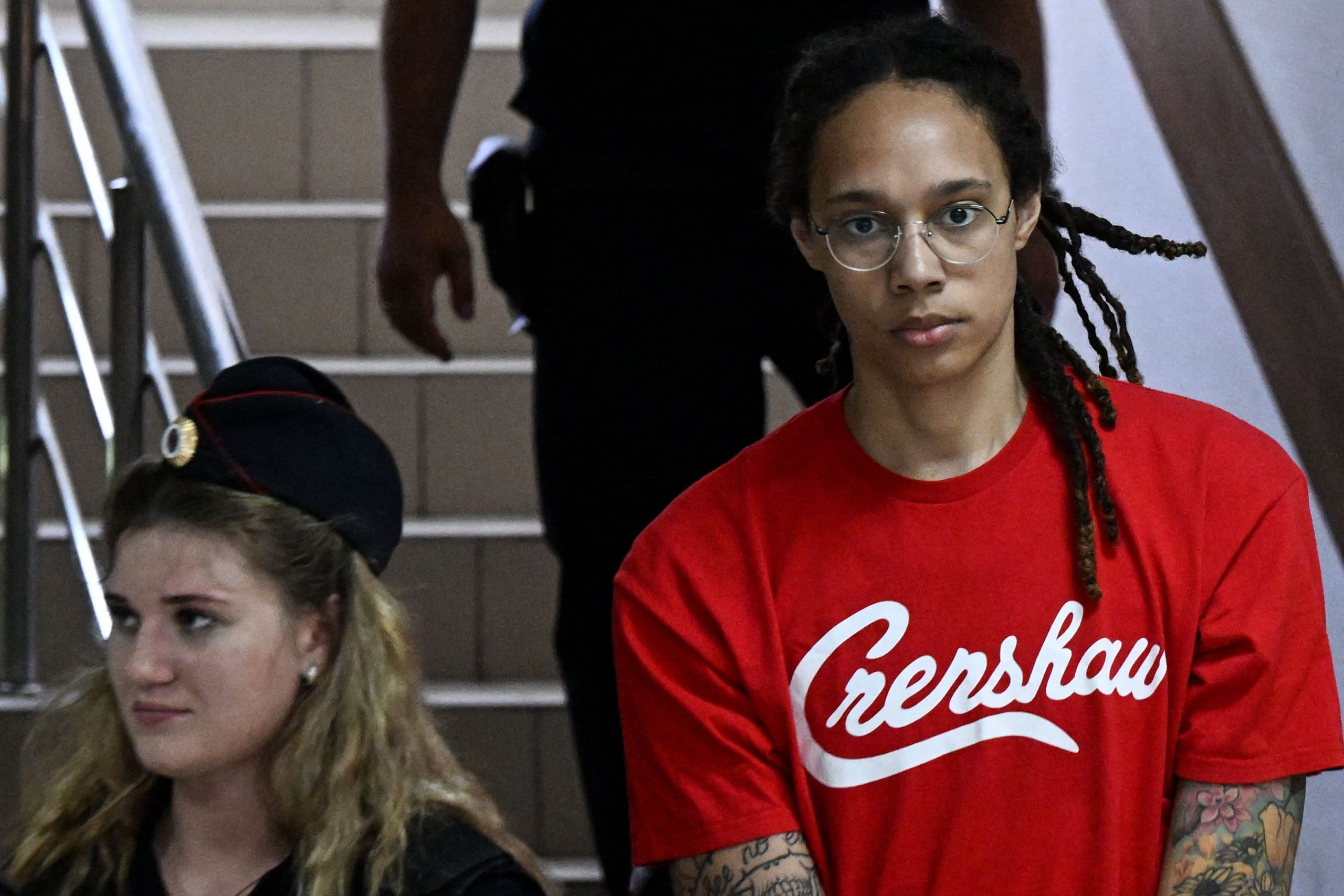 WNBA star Brittney Griner has pleaded guilty during her trial in Moscow.  Reuters says she entered her plea today while saying she “didn’t want to break the law.”  The guilty plea aids as a pre-condition for consideration of a negotiated release and possible prisoner exchange between Russia and the U.S.

The Phoenix Mercury star has remained in custody for over 120 days. Griner was accused of having under a gram of cannabis oil in her luggage when she was arrested at the airport in Moscow back in February.

The Kremlin has been blamed of using Griner as a political pawn while the State Department has said the American basketball center was “wrongfully detained.”

According to CNBC, Griner’s lawyer, Alexander Boikov, told reporters outside the courtroom that the basketball star admitted that the vape canisters were hers, but said she brought them into Russia unintentionally.

Ginger, 31, was playing for the Russian Premier League when she was arrested. The former Baylor Bear won the 2012 National Championship and she won the WNBA title in 2014 with the Phoenix Mercury.

The two-time Olympic gold medalist faces charges that could carry a maximum penalty of 10 years in prison.