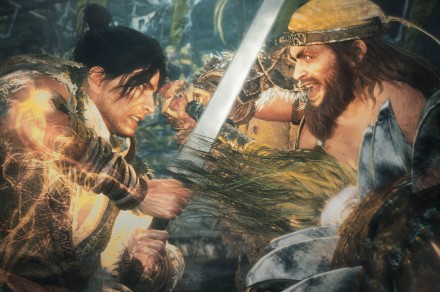 Koei Tecmo has released the first gameplay trailer for Team Ninja’s upcoming Soulslike title Wo Long: Fallen Dynasty, showcasing the game’s Three Kingdoms time period and martial arts combat. If the footage is anything to go by, genre fans may be in for something very special when the game releases next year.

Revealed during Gamescom, the game’s first look trailer gives us our first look at the aggressive, fast-paced combat that seems to channel FromSoftware’s Sekiro more than Team NINJA’s own previous work. By the looks of it, some things are changing with this new title in its aim to set itself apart, though, such as the removal of the genre’s classic stamina gauge, which should allow players much more freedom to react quickly to enemy attacks. The footage shows off no shortage of evasion techniques, including vertical methods that also appear to interrupt foes in the process.

While the game will feature over 10 traditional weapon types for melee combat, development producer Masaaki Yamagiwa tells IGN that players can expect to also discover and use a variety of Wizardy Spells — the game’s take on magic — and multiple mythical Divine Beasts that can be summoned to aid the player in battle. We received a glimpse of the Vermilion Bird raining fire down on a group of foes in the trailer, and it definitely looks like a useful tool to break out when finding yourself overwhelmed.

Team Ninja rose to prominence thanks to 2004’s Ninja Gaiden and its sequels, but in more recent years, the developer has turned its attention to the popular Soulslike genre. With two entries in its successful Nioh franchise and an unexpected team-up with Square-Enix for Stranger of Paradise: Final Fantasy Origin under its belt, Team Ninja has been carving out a spot beside genre creator FromSoftware as an equal. Wo Long: Fallen Dynasty seems poised to secure that title more than ever.

Koei Tecmo promises that we’ll see more of Wo Long: Fallen Dynasty at Tokyo Game Show 2022 in September, including a playable demo on the show floor. Team Ninja also says that a…