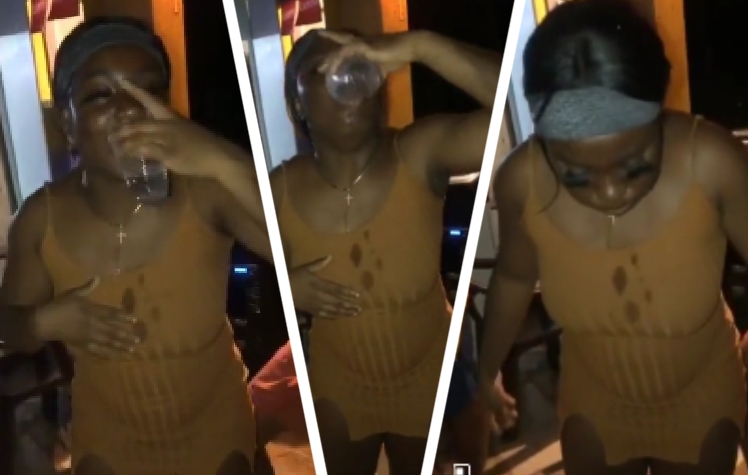 A young woman from St Catherine died after intaking almost two dozen cups of alcoholic beverage to celebrate her twenty-first birthday. The woman, identified as Shenoya Brown, was found dead mere hours into her birthday on Thursday.

During her celebration, she was recorded, and the video of her last moments has since surfaced online. In the video, Brown is seen gulping down cups of what is said to be white rum as she counts to 21.

Reports state that Brown went to bed after consuming the alcohol. At 9:00 a.m., Brown was found unresponsive in bed, and an alarm was sounded. She was later pronounced dead. A sudden death case is now being probed by the Browns Hall police in St Catherine.

Watch the video of Brown drinking the alcohol below.

RELATED: Policeman Whose Child Died While Left In Locked Car Charged With Manslaughter