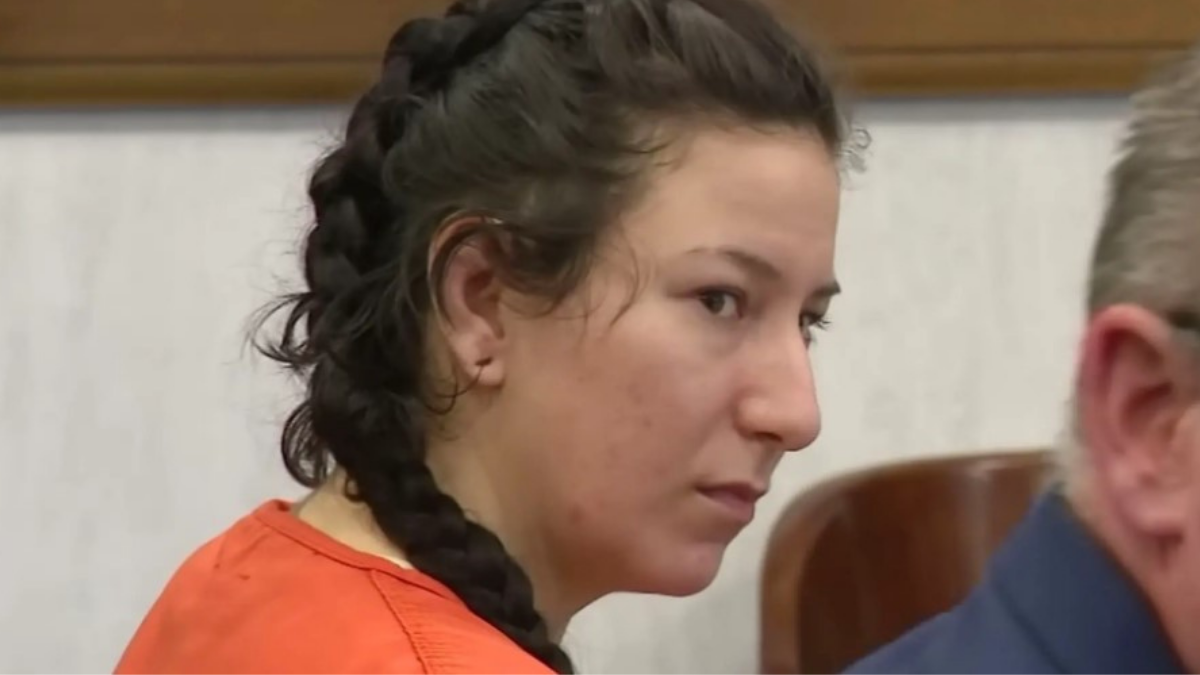 24-year -old Taylor Schabusiness, who stands accused of homicide and mutilation of a corpse after she killed, and then dismembered a man she slept with, pleaded not guilty in a Wisconsin court on Tuesday, July 5.

Reports say that on February 23 the mother of the deceased found his severed head in a bucket and alerted the police. Upon reaching the crime scene at Stony Brook Lane in Green Bay, the police found the man’s penis in the same bucket and his upper torso in a storage tote, with body fluids and knives. When officers found and arrested Schabusiness at a separate location, human remains including a leg were discovered in a crockpot in her van.

She allegedly said the police were going to have fun trying to locate all of the victim’s body parts.

Schabusiness later told police that she and the victim, 25-year-old Shad Thyrion, had taken drugs before going to his mother’s house to have sex. According to Schabusiness she blocked out then went crazy and started to strangle Thyrion.

Though she says the murder was not intentional she told officers that she enjoyed choking him.

Schabusiness’s attorney claims that she has bipolar disorder and struggled with her mental health since childhood but the presiding judge found her competent and able to stand trial. She is being held on a $2 million cash bond and will return to court on October 24 to stand trial for the charges against her.