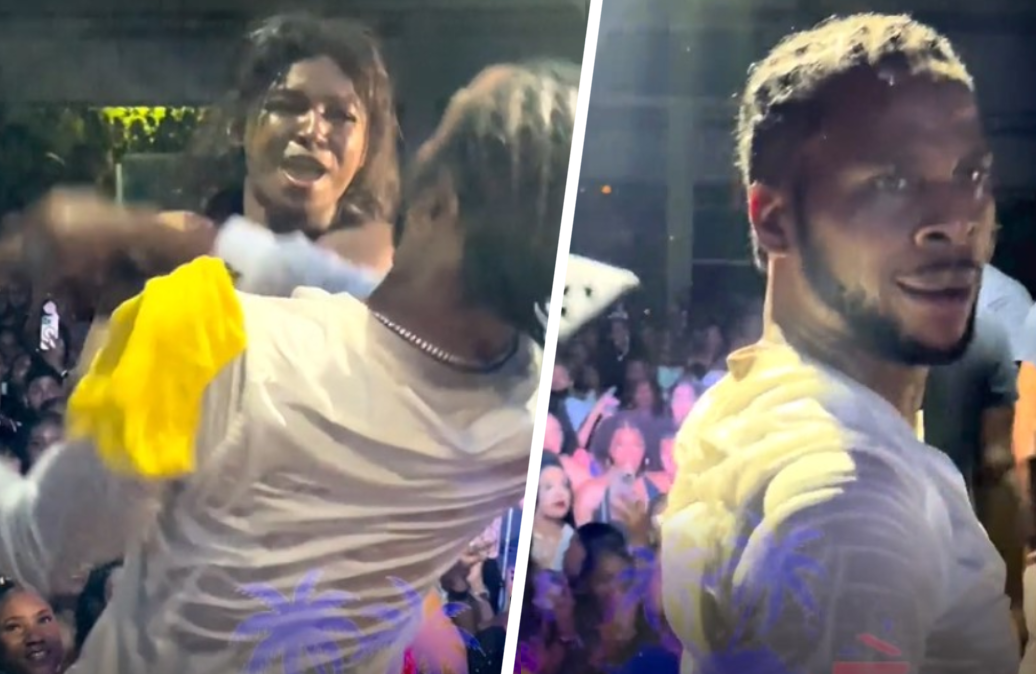 The love-making ‘No Underwear’ singjay, Dexta Daps, was almost veiled with a female’s panty during his performance at an event in Grand Cayman.

A video of the attempted veiling surfaced online, showing Dexta, the ladies’ favourite dancehall artiste, caught off guard by a woman trying to put a yellow panty over his head.

In the video shared by Instagram user Everything345, Dexta, whose back was initially turned, came face-to-face with the woman when he spun around and realised what was about to happen.

Moving fast, he managed to halt the bold actions of his fan, who apparently came up on the stage when no one was paying attention. Following her failed attempt, she joyfully and quickly left the stage at the sight of the approaching security.

Dexta, who had swiftly pushed the woman’s hands away from above his head, was clearly shocked by the attempt but handled the situation calmly.

After the incident, there seemed to have been an uproar in which a man was shouting, “deal wid har,” but Dexta announced over the microphone, “She good eno, she just did think a her boyfriend.”