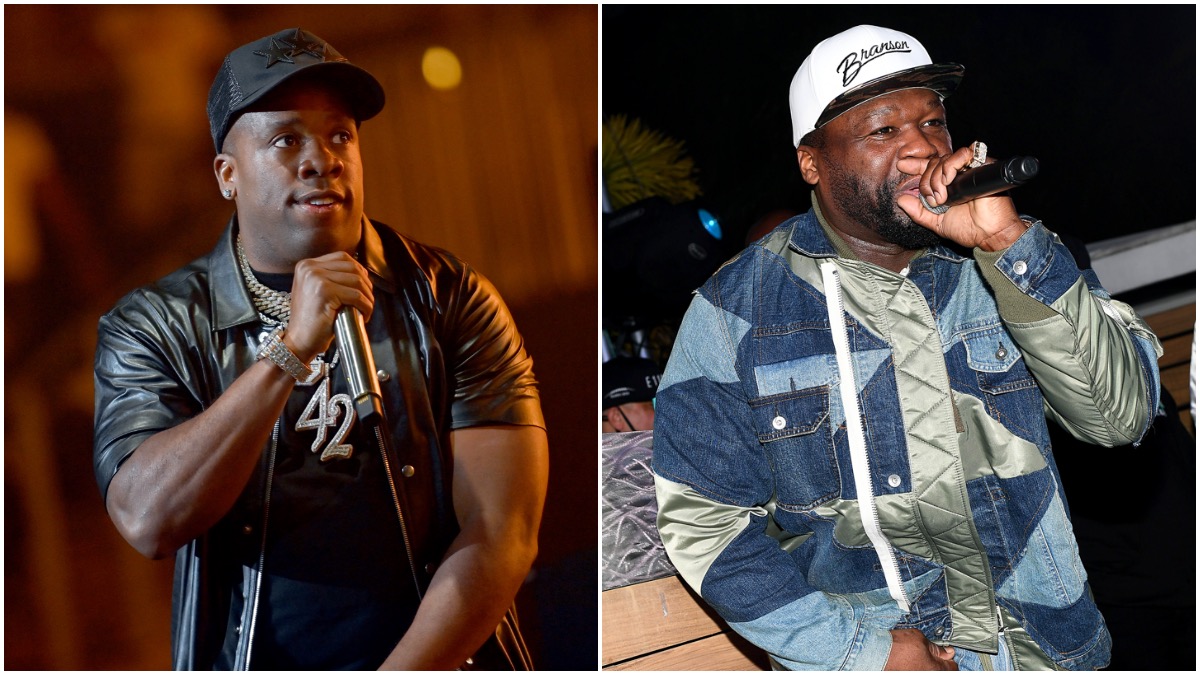 Yo Gotti Shares What Valuable Advice 50 Cent Gave Him

Rapper and television boss Curtis “50 Cent” Jackson is a man of many talents. When he’s not creating music, creating a hit television show, or mending friendships, the New York native reportedly moonlights as a good marketing adviser.

In a profile feature with Billboard about his career and record label, Collective Music Group founder and rapper Yo Gotti revealed the business advice the 46-year-old gave him that sparked him to change the name of his music label, formerly known as Cocaine Muzik Group. He created the company shortly after signing a deal with Epic Records in 2013.

Gotti, whose real name is Mario Sentell Giden Mim, told the outlet he chose the moniker as a nod to the music’s “addictiveness” of the music released by the label as it dominated the underground music scene. However, a discussion with the “Get Rich or Die Tryin’” emcee would change Gotti’s perspective on how he wanted the brand to be viewed if it were ever to see mainstream success.

“I was having a [phone] conversation with 50 Cent, and he was like, ‘Yo, you’re winning, but you can’t be Cocaine Muzik Group — that’s too harsh. They’re going to be scared of that,’” the “5 Star” rapper recalled. “[I] thought about it like, ‘Damn, he’s right. What else does CMG mean?’ He put it in my head to start thinking in that direction.”

Gotti further elaborated on his day-to-day dealing surrounding his creative group, which consists of Blac Youngsta, Mozzy, Moneybagg Yo, EST Gee, and Lehla Samia, revealing that he would only bring on artists who were committed to being a part of the CMG family.

“As a label, one thing we don’t do and will never do is be in a bidding war,” he said. “You want to be with us? Then we’ll work out business terms that make sense for both of us.”

Gotti appeared to cherish the words of wisdom of the veteran hip hop-figure turned Hollywood boss. Rapper and…