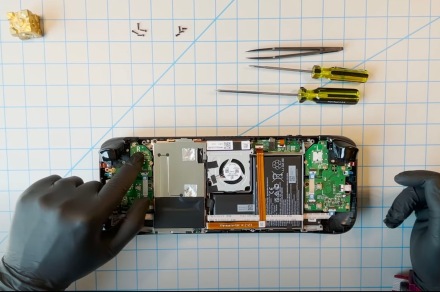 You can now buy Steam Deck parts. Here’s how much they cost

Have you accidentally broken your Steam Deck already and want to fix it yourself? Valve has collaborated with iFixit to offer self-repair tools and replacement parts designed specifically for the handheld system.

The tools and replacement parts for the Steam Deck officially went live on Monday after iFixit accidentally revealed the full catalogue over the weekend, as reported by IGN. At the time, the company tweeted that it would honor the orders of Steam Deck owners who placed them before the page was removed.

Now that they’re officially available, Steam Deck owners will be able to get any replacement part at a budget-friendly price. However, the prices of some parts depend on whether you want to get the part by itself or if you want to get the fix kit accompanying it. For example, the Steam Deck battery costs $90 on its own, but it costs $95 if you buy it with the tool kit.

These parts and more come three months after iFixit released its Steam Deck teardown video demonstrating how easy it is to repair the system without breaking the bank to have someone else fix it for you. At the time, the company gave the Steam Deck a 7 out of 10 on its repairability scale, noting difficulties in replacing the trigger buttons and battery.