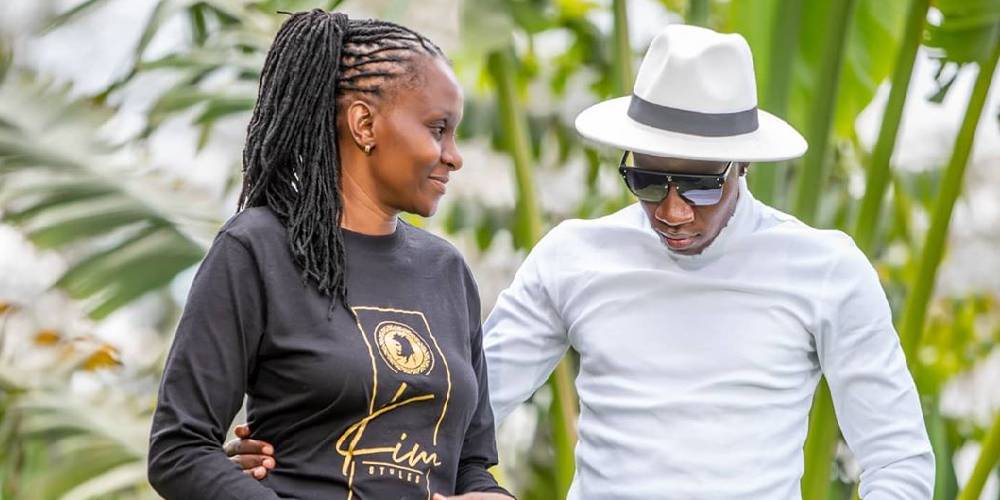 Gospel musician Guardian Angel’s wife, Esther Musila has opened up on her experience with haters on social media.

Musila says she was a reserved and private person until she was introduced to the limelight by the musician.

In a sit-down interview with Digital Dada, the mother of three recalled how she was trolled on social media hours after being introduced as Guardian’s fiancé.

Musila said the trolls were mostly because of the age difference between herself and celebrated the gospel musician.

“The hate was from the photos my husband posted on his account about me or from blogs. I found that everyone wanted to know Esther and so, my social media were flooded with friend requests

“I thought they would crash. I decided to open a public page for everyone who wanted to know who I was,” Musila said.

Musila recalled one instance where a social media user hiding behind a pseudo account wished death on her.

“Someone sent me a message in a pseudo account and said,’ You will die before Guardian. I wish you death,” she painfully narrated.

The 57-year-old said she walked to her living room, thought about the message and politely responded to the hater.

Musila wondered why someone would wish death on her for falling being in a relationship with someone she genuinely loves.

“It was at 5:27 am. I left the bed and went to the living room. I asked myself how someone could not sleep wishing death on me. For what reason? I thought about replying and I did. I talked to the person in a polite way,” Musila said.

She disclosed that she has since blocked over 5,000 social media accounts.

“There are things I respond to and others I block, I have over 5k blocked accounts coz I don’t the negative energy on my page. I am about good vibes,” Musila stated.