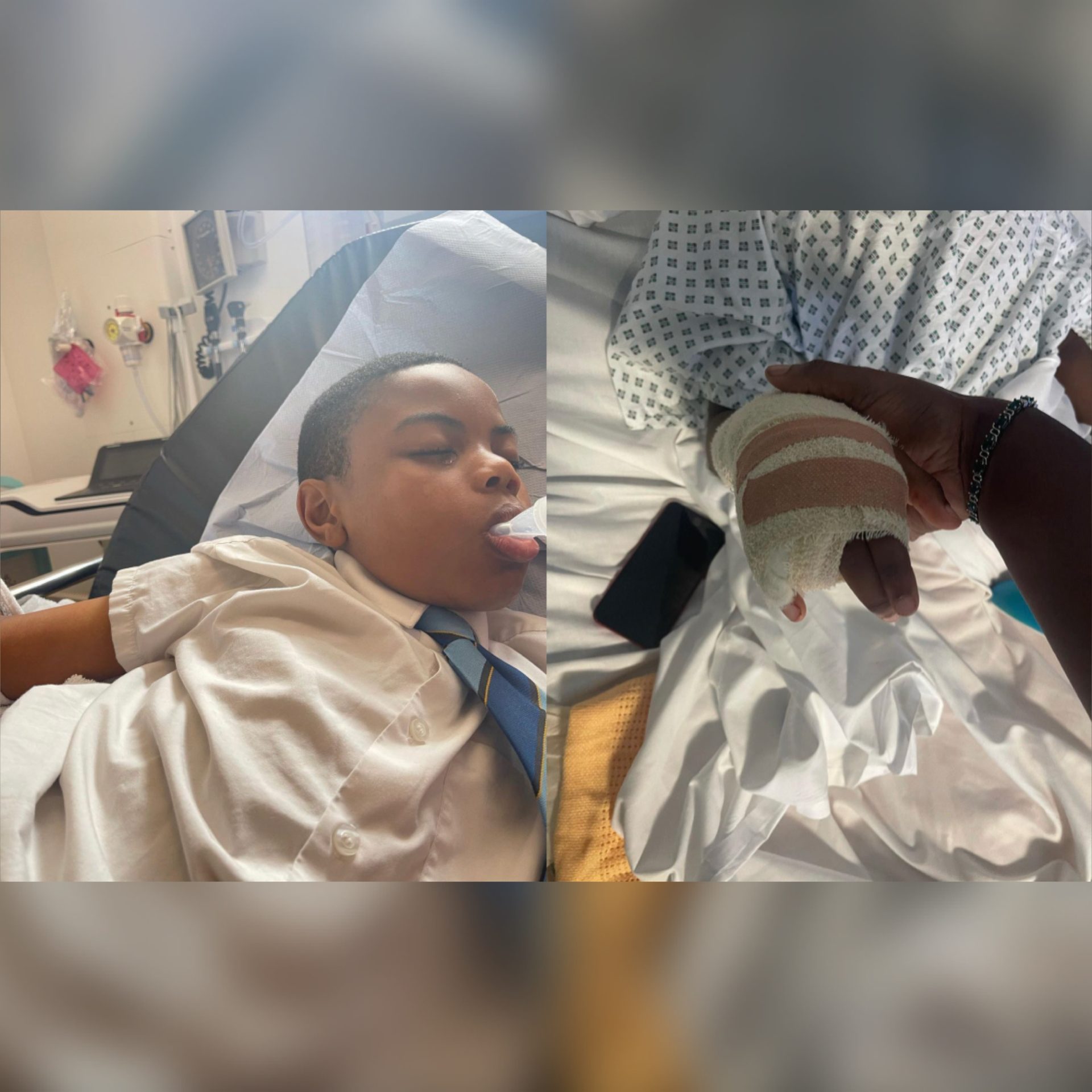 An 11-year-old boy had to have his finger amputated after he was severely injured while fleeing school bullies. According to mom Shantal Bailey, her son Raheem Bailey, has experienced racial and physical abuse since he began attending Abertillery Learning Community in Wales. He was desperately trying to escape his bullies by hopping a fence, when his finger got caught, breaking in two.

“Raheem was attacked and beaten by a group of children whilst in school. He was pushed to the ground and then repeatedly kicked,” Shantal details in a recent instagram post. “Consequently, Raheem made a desperate attempt to leave the school grounds in order to escape the situation. I received a phone call from Raheem and then the school informing me of the incident.”

Staff members allegedly informed Shantal that an ambulance wouldn’t arrive for two hours so they were taken to “a minor injuries unit” by a school bus, even though Raheem’s injury was severe. Despite six hours of surgery to try and save Raheem’s finger, it unfortunately had to be amputated.

According to The Independent law enforcement confirmed that they are looking into the incident. A Welsh government spokesperson said: “We condemn bullying and racial harassment in any form and expect allegations and incidents of bullying and racism to be fully investigated by schools with appropriate action taken to address the matter and prevent further instances from happening.”