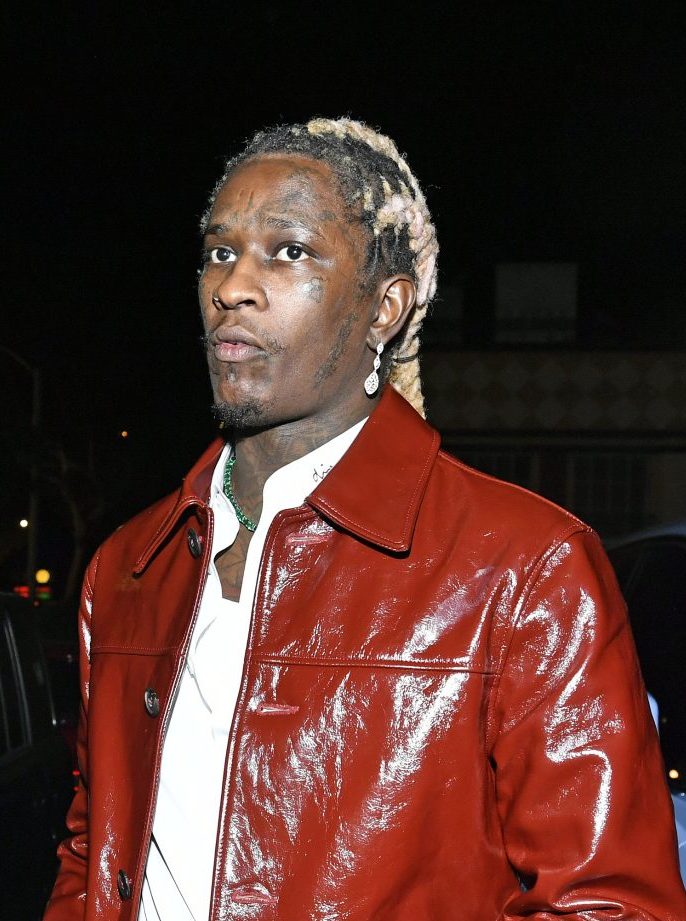 The intense legal saga surrounding Young Thug continues to reveal new information and the latest update could prove to add even more charges to his ever-growing list. According to new reports, Young Thug is facing additional felony charges after drugs and guns were discovered on the premises of his North Atlanta home.

Following his arrest earlier this week related to a 56-count indictment on RICO and gang-related charges, Young Thug (real name Jeffrey Williams) is in even more legal trouble after his home in Buckhead was recently raided as he continues to sit behind bars.

During the raid, local authorities found multiple firearms and drugs inside the home—which is the same location where he was recently arrested. When he was initially apprehended, 1,299 grams of marijuana, 31 bottles of promethazine codeine syrup, a Glock 30S .45 caliber firearm, a Glock 357 firearm, a FN Five Seven firearm, a Glock 19 9mm firearm, a Smith & Wesson M&P firearm, and a fully automatic Glock 45 9mm handgun with an extended magazine and a converter switch were all found.

As we previously reported, Young Thug and fellow rapper Gunna were among the 28 people indicted on 56 counts, with the bulk of the charges due to RICO (the Racketeer Influenced and Corrupt Organizations Act) and participation in criminal street gang activity.

Prosecutors allege that Young Thug is one of three founders of the Young Slime Life street gang, “a criminal street gang that started in late 2012” the indictment read. Other charges include “Preserving, protecting and enhancing the reputation, power and territory of the enterprise through acts of racketeering activity including murder, assault and threats of violence.”