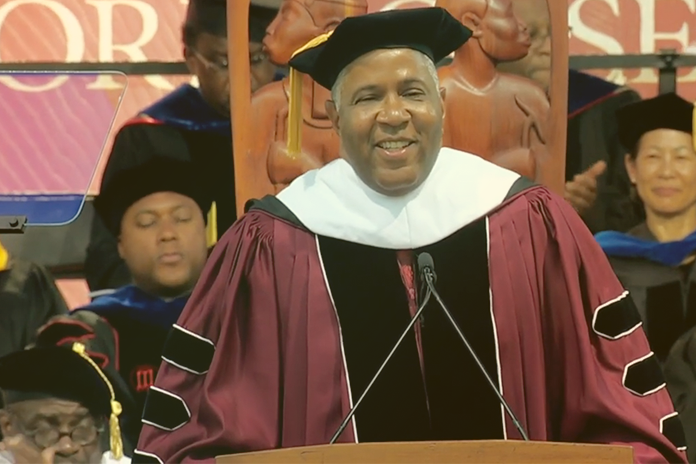 In a stunning commencement speech at Morehouse College, billionaire Robert F. Smith pledged to pay off student loans for every member of the graduating class.

Drop mic. Go home. Raise the bar on every future commencement speaker, ever. Said Elijah Dormeus, a Morehouse College student who’s $100,000 in debt, vanished. ‘God has smiled on me.’ Elijah dropped his head into his heads, cried briefly, then jumped up and whooped and yelled with the others.

The gift is worth an estimated $40 million, according to the Associated Press, and Smith said his family would pay off the loans through a grant. As news of the tremendous act of generosity spread across social media, people wanted to know — who the hell is Robert F. Smith? In contrast to other high-profile billionaires [you-can-fill-in-the-blank-here] Smith has amazingly less name recognition.

I mean, I’ve been tracking Black billionaires for twenty years, and always said you could count them on one hand, and not need your thumb. So how did Smith, living in Austin, Texas, whom Forbes says has an estimated wealth of $5 billion get by me?

“You are responsible for building strong, safe places where our young brothers and sisters can grow with confidence, watch and learn from positive role models, and believe that, they too, are entitled to the American Dream.” -Robert F. Smith @RFS_Vista #MorehouseGrad2019 pic.twitter.com/CeMs6CxQkq 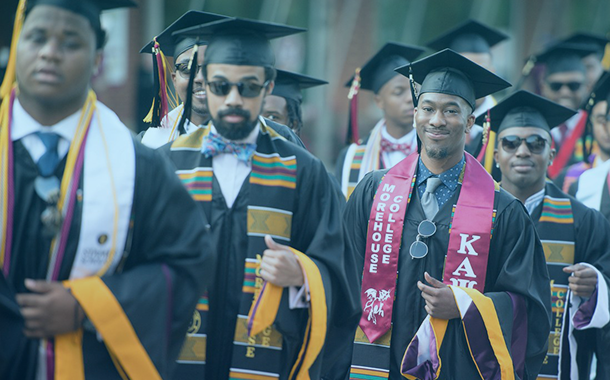 In 2000 he founded Vista Equity Partners, a private equity group that focuses exclusively on investing in software companies.

When it wins it wins big. Smith is chairman and CEO. According to the firm’s website they are currently managing about $46 billion in investments with a portfolio of more than 50 software companies that employ over 60,000 people around the world.