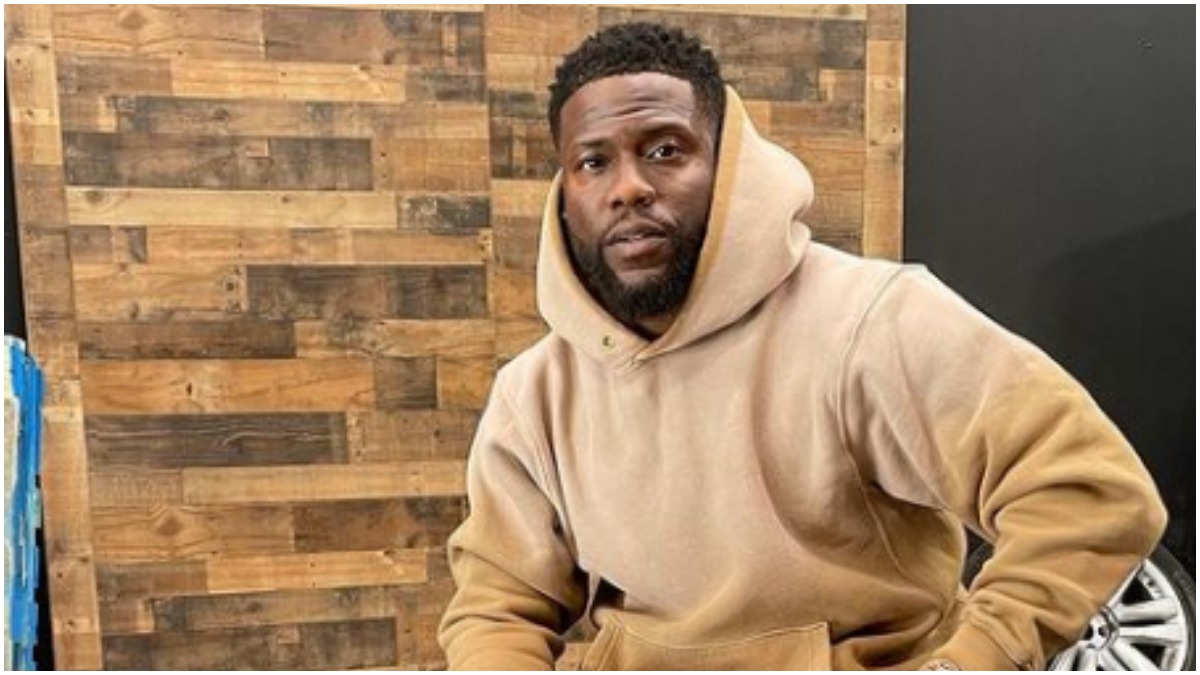 Kevin Hart Jokingly Puts His Italian Speaking to the Test

Kevin Hart is making the most of his time while working in Italy.

Hart has been on location, primarily in the port city of Venice, filming his next Netflix project, “Lift.” The film is described by IMDb as a heist story following a “female master thief and her ex-boyfriend who team up to steal $100 million in gold bullion being transported on a 777 passenger flight.” Starring alongside Hart is actress Gugu Mbatha-Raw.

In between work, the comedian has found time to explore the popular tourist city with his wife, Eniko. The duo has been spotted holding hands and wearing all smiles while enjoying each other’s company sans their children.

The two, which wed in 2016, both have shared multiple photos of their sight-seeing and boo’ed up moments, but it is Hart’s recent video that has fans in tears. Taking a moment to share an encounter with a local, Hart starts off the short clip by saying, “Oh my God, I’m in Italy. I started out in Venice but now I’m in Terrazza. The people are unreal. Somebody just came up to me speaking the language so beautifully.” Hart then jokingly speaks a mouthful of gibberish with the hint of an Italian accent.

“Such a beautiful language it is. It has to be nice because he was pointing at him, so I want to say it back to you,” he continues before speaking more of his version of Italian. He ended the video with a chef’s kiss.

The “Night School” actor captioned the video, “The people are so amazing here…the language is beautiful!!!!! I love you guys…Ciao Bella #LiveLoveLaugh…My Italian is flawless.”

In the video, Hart is seen wearing sunglasses and a turquoise athletic short set, with a glass of wine in hand — as he sits with his legs crossed, further fueling laughter from fans who left scores of comments.

“That wine got him feeling bad and boujee” and “U sound like u said nothing at all,” wrote a few fans.

“He has no idea what they were saying [laughing emoji] I don’t think they said it like that either,” and “Did you say ‘minestrone in a…